The magic of firing

I will never cease to be amazed by the magic of glazing ceramics. The sheer expectation of before and after firing is culminating at the kiln opening. This latest one was a very successful one, a mid fire kiln -at temperature reaching 1200 degrees for the non initiated-
For my latest series, I am working on two styles of artworks as I am preparing for a show in Brisbane in August. All are bird views of imaginary yet plausible Earth landscapes.


Before firing, texture highlighted at the raw stage with Copper and Cobalt oxides: 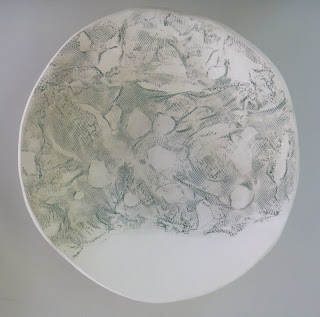 After firing, a whole new world... with lakes and mountains, valleys and plains... 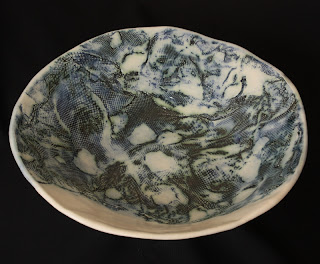 OR FROM THE OTHER SERIES: 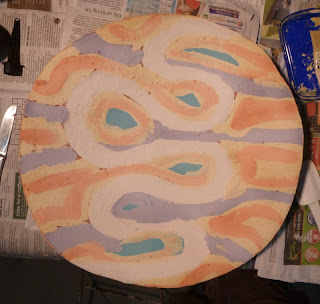 But after firing, quite a spectacular dry land covered by a wild flower spring blanket 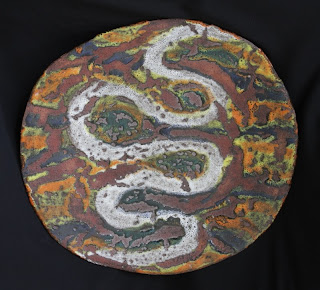 More to come in preparation to Terra - Aqua show.